The Windham Solid Waste Management District (WSWMD) was formed in 1988.  At that time, only eight towns were members of the District. These towns cooperatively managed a 30 acre landfill.

In 1995, federally mandated landfill operation regulations forced WSWMD to seek alternative landfill sites or an alternative to landfill disposal. After much debate, WSWMD opted to get out of the landfill business and start recycling.

“The Windham Solid Waste Management District’s (WSWMD) mission is to provide solid waste education, recycling management, and disposal services for its member’s towns and other entities as the need arises.” This means the WSWMD is responsible for providing public education programs on all aspects of solid waste and hazardous waste management to member communities, and collection and diversion services for all wastes banned from Vermont landfills. In 1995, the WSWMD adopted the following goal: “each item of waste generated within the District (should) be directed to the highest level of the solid waste management hierarchy as is possible.”

The WSWMD’s headquarters are based on Old Ferry Road in Brattleboro, Vermont where it maintains the following:

• a Swap Shop for reusable items

A to Z Guide 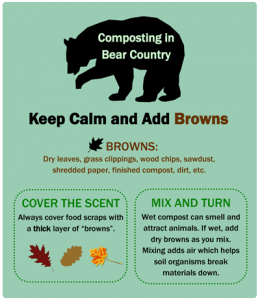